February 12, 2020
Heyyyy!! Isn't it crazy that January is ALREADY over!! I mean it felt like yesterday I was just going back to school to resume a normal schedule!! I have been really busy and have not been blogging enough!! Sorry for that, but today is my Muscle Shoals recap!! If you do not know, I play travel volleyball and I have the best team EVER!! I play as libero!! I had a tournament this weekend down in Muscle Shoals!! The tournament name was Cupid's Battle 2020 (since it is almost Valentine's day)!! Here is my recap!!

Friday was a chill day at school (I didn't really do much except for watching Hannah Montana the Movie with Ella). 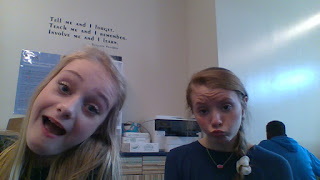 I got checked out around lunch time!! I finished packing, and we were off headed to Muscle Shoals!! It was a long and BORING four hour drive, but we made it!! Here is our hotel we stayed at!!

After that, I met up with Amelia and we were off to explore. We met up with Jai on the way!! There was lots of running down hallways and jumping elevators when we were by ourselves!! Amelia and I went to eat dinner, and then we met up with Anderson, Coach Wilma, and Coach Ken! We went exploring with all of us, and I was off to bed because I had a big day ahead of me!!

Saturday morning we got up bright and early!!! I got dressed quickly and ate breakfast!! Amelia did my hair and we were off!! We started our first game great!! We ended up winning in straight sets!! 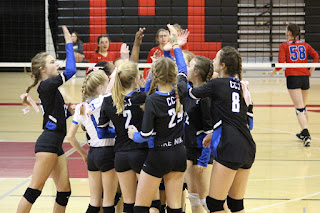 This is our team together! 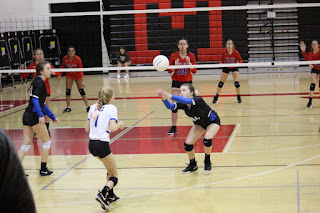 Us playing! I am number one (white jersey).
We won our first game, then we had about an hour to do whatever we wanted. We decided to eat and take pictures!! 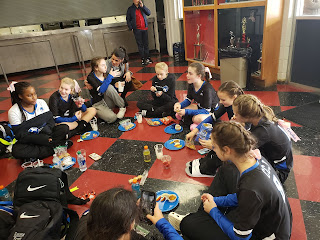 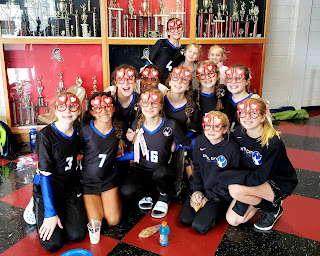 That was us being crazy!! Then we had to ref a game. 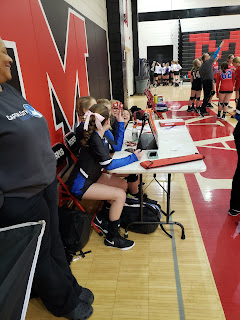 Me scoring!! I love score sheet (I do it every time)!! I am the one still in the glasses, I wore them until we played!! The other people playing looked at me like I was crazy!! 😂
Then we were off to play another team!! This game, we won in straight sets as well!!

This is me playing in the game!!
Then we had to ref again!! Eye roll!! Lots of reffing (because there was only four teams in our pool).

We went on to win our pool and go onto gold!! We ended up playing a team called SWAT. 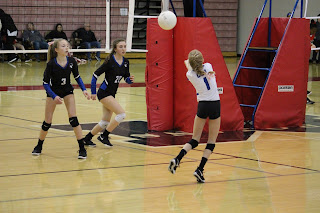 Our team is called Lil' Beasts!! We have stuffed animal of a lil' beast! We jump up and hit it before games!! He is a good luck charm! 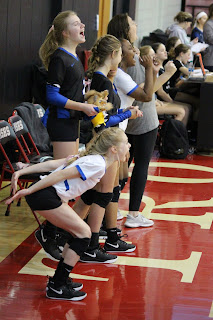 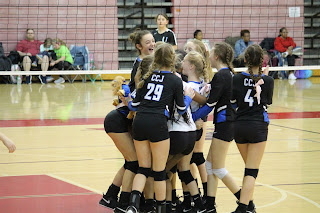 We ended up going to a third set!! We lost super duper close!! It was an amazing tournament! We had to ref the championship, and then my family went home but I spent the night with Hart, Juju, and Anderson was staying in another room with her mom.

Sunday me Hart and Juju woke up late. We got up and got ready and went to Birmingham. Ten minutes later we got a call from Anderson asking if she could go shopping with us! We picked her up and we were on our way! First, we ate lunch at PF Changs!! 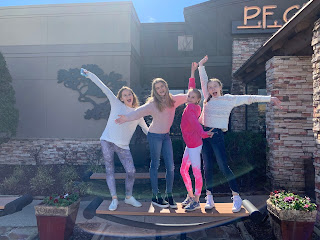 After that we went on a shopping spree:
1. Lulu Lemon 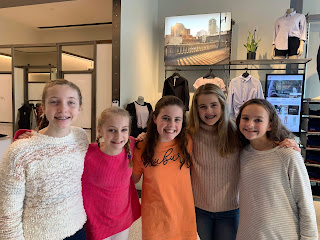 Claire ended up being there!! We saw her name on the dressing room and then we saw her grandmother, and when she came our we surprised her!! 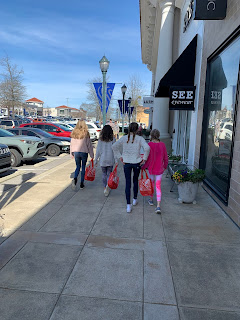 Us shopping!!
2. Lush
They had the cutest little bath bombs and we grabbed one for everyone on the team!!

3. Athleta
I got a super cute shirt there!! Love it so much there!! 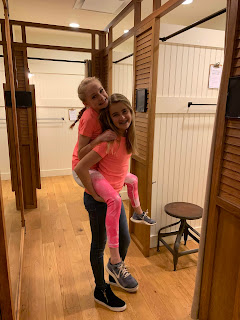 Finally we went to a bunt cake store and then we went home!! Such a fun trip!! Sorry for the delay of posting!! 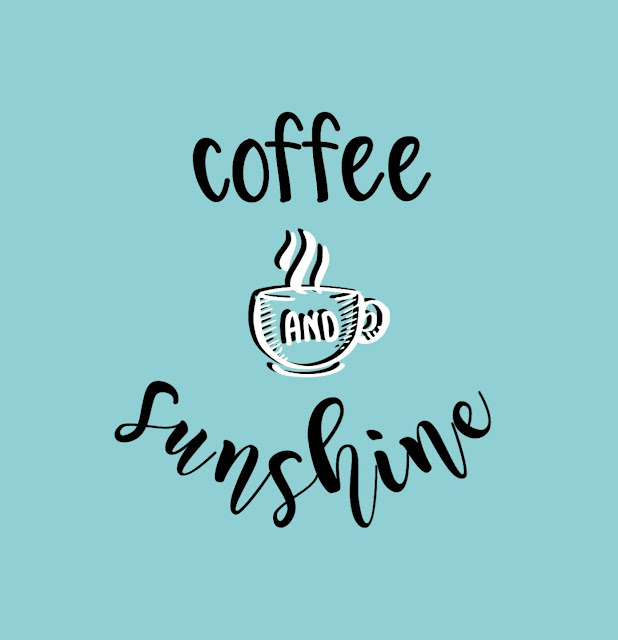 Hey there! Happy Wednesday!! I am so excited that it is the first Let’s Look of the year! Today we are taking a look into my coffee area!! Linking up with Shay and Erika !  To be honest, I don't drink coffee on a daily basis! Don't get me wrong, I love coffee, and I would drink it every day, but I just drink tea instead! I love hot tea a tiny bit more than coffee! So yeah, I love coffee, but I don't need it every day. Before we get into it, check out my posts from earlier this week! Monday I shared a Christmas 2020 Recap , and Tuesday I shared my Makeup Haul ! Let’s get into it! This is one coffee maker! We have the Keurig, and the water Hamilton Beach water boiler! We got out Keurig a couple of years ago from Costco, and I fell in love immediately! You can make five different cup sizes, and it makes iced coffee as well!  Since I don't do much of the coffee drinking around my house, here is the coffee that my parents use! As for me, I drink Twining’s English Breakfast

Hey friends!! Happy Fri-YAY, the best day of the week!! I hope you have had a wonderful week so far! I feel like this week has gone by SUPER fast! I measure the time of my week by WandaVision episodes, and it seems like I just saw Episode 6!! 😂 Today, like always, I will be sharing my FAVORITES from this week + this week I have a little  BIG surprise for you all to see! I can't wait!! Let's get into it! *Linking up with Erika , Andrea , Shelbee , Nancy My first FAVORITE of the day is also my BIG surprise!!  So as you all know, our sweet pup Maddie passed away a couple of weeks ago. We missed having a dog so much, and it was so hard for all of us. So, we started looking for dogs. We connected with the West Tennessee Border Collie Rescue, and they found a male puppy in Prattville, which is so close to us. At first, we weren't sure if he was available for adoption or even fostering. It turns out he was! On Saturday, Mom picked up him from the shelter, and when I got home from 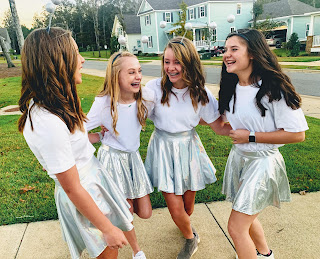 Hey there! Happy Friday!! How are you guys doing? Good I hope! Today I have the pleasure of sharing my Friday Favorites!! Today I am linking up with Erika and Andrea !  Before we get into it, make sure you have checked out my posts from earlier this week! Tuesday: October 2020 Book Review Wednesday: Let’s Look: My Thanksgiving Menu Thursday: New Link Up  +  Our New Book Club! I hope you guys enjoy this post!! O N E : My first FAVORITE is that I made the 13-1 travel team this year at my volleyball club!! I had such a blast last year, and I think this year will be even better!! T W O : My second FAVORITE is the new book club that Ella and I are going to be hosting starting in December! If you didn’t see it yesterday you can find out now! Starting in December we will be hosting a monthly book club! We will be choosing two books per month, and for December we have chosen Let It Snow: Three Holiday Romances and Dash & Lily’s Book of Dares ! Make sure to read those books in December, an